Freedom’s Sisters was a wonderful traveling exhibit (now online) honoring 20 African American women in the categories Dare to Dream, Inspire Lives, Serve the Public, and Look to the Future.  I posted about many of these women already but realize I never mentioned the last 4 in the group — and now that it’s Black History Month, what better time?

“Every dream begins with a dreamer.”

We all know her as the famous conductor on the Underground Railroad but just how tough she was is astounding — 19 trips into slave territory, ferried all her charges to safety, had a $40,000 reward for her capture (over $1,000,000 in today’s dollars), but she was never caught.  And she commanded a military raid during the Civil War and was a spy for the Union Army.  You know how people ask if you could have dinner with several people from history, who would they be?  Harriet Tubman would be one of them.

For kids, I highly recommend Alan Schroeder and Jerry Pinkney’s picture book, MINTY.  (Her name was Araminta, nickname Minty, but she later changed it to Harriet, after her mom.)

Here’s a kids’ website, too, and a more comprehensive, educational (and fascinating) one from Scholastic.

The first woman and first African American to be a secretary of state (Pennsylvania, 1971), she also helped found what is now called the National Congress of Black Women in 1985 and served as chairman of the National Black Caucus of the Democratic Party.  Here’s more information from the  National Women’s History Museum.

And yes, she’s the one who spoke out against rap lyrics, for which many ridiculed her, but here’s a very thoughtful contemporary article about that issue from Sharon Toomer in Black and Brown News. 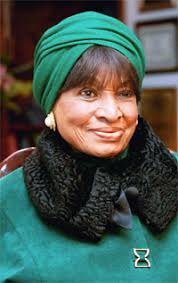 “More than the changing of institutions we need the development of a national conscience, and the upbuilding of national character.”

Frances Harper was an author of poetry and many novels, and editor and contributor to the Anglo African Magazine, the first African American literary journal.  She was also a participant in the Underground Railroad and lifetime abolitionist, spending almost 50 years traveling traveling tirelessly and giving speeches against racism and sexism.  A friend of Sojourner Truth, she was another tough lady like Harriet Tubman.  Here’s some information about her from the Maryland Women’s Hall of Fame.

“One had better die fighting agains injustice than die like a dog or a rat in a trap.”

Another courageous woman, Ida Wells-Barnett sued the railroad in Tennessee for requiring her to sit in a blacks only car — in 1884!– 71 years before Rosa Parks refused to give up her bus seat.  What’s amazing is that Wells-Barnett actually won the case, although it was later overturned.  She went on to write about the event and other injustices and become a successful journalist and co-owner of Free Speech, an African Americans newspaper.  When she wrote in that paper about lynchings, she ended up having to leave town but that didn’t silence her.  She wrote and spoke around the world about social injustice.

Here’s a great site with info about her from Duke University and a piece in biography.com (although this site has those annoying audio-visual commercials that pop up).